For your Halloween pleasure: new stuff! 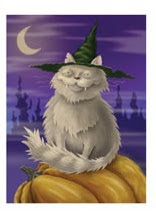 Just in time for Halloween, I've updated the JeanMarieWard.com "And Stuff" page with links to two real life ghost stories:

"Everyday Haunts" -- You think you know your neighborhood? Maybe it's time to talk to the resident ghosts. (And check out the great cover J.C. Wilder found for the story. Is that a great door to mystery or what?)

"Real Weird" -- More spooky stories from the most ordinary house on the block.

Happy haunting! And don't forget, I'll be signing Dragon's Lure and Fantasy Art Templates at Tea With the Authors at Constellation Books in Reisterstown, Maryland, from 3-5 p.m., Saturday, October 30. Looking forward to seeing you there.
Posted by Jean Marie Ward at 10:55 PM No comments: Links to this post 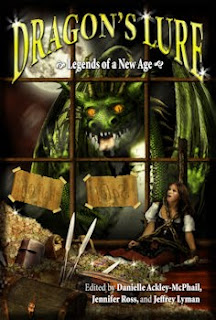 Is Jon Stewart's Rally to Restore Sanity too crazy for you...or not insane enough?

What you need is a large dose of bacon-loving dragons and bad-assed fairies. To get it, join me for Tea with the Authors at Constellation Books, 303 Main Street, Reisterstown, MD 21136, this Saturday, October 30, from 3-5 p.m.

There will be tea, cookies, costumes, readings and lots of fun. Hope to see you there!
Posted by Jean Marie Ward at 2:50 AM No comments: Links to this post

The Week of a Thousand Blogs continues

Yeah, I know "three" is a long way from "a thousand', but with the house in chaos from drywall repairs and painters (who used the WRONG PAINT, so we had industrial fans running in front of open windows all night-grrrrrrr), it sure feels like it. This time it's my Samhain blog offering a few of my choicer real life tales of the weird. Think of it as a companion piece to the Samhellion freebie scheduled for later in the month. Creeeeeepy. Mwahahahaha!
Posted by Jean Marie Ward at 12:23 PM No comments: Links to this post

Thanks to the kindness of Diane Whiteside, I'm blogging at History Hoydens today. The article covers the joys and frustrations of building a fantasy world set in Ming Dynasty China. If you're working in that period, too, maybe the links will help--or maybe you have better ones to share. ;-)
Posted by Jean Marie Ward at 10:55 AM No comments: Links to this post 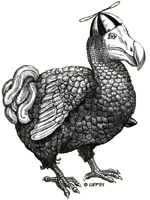 Halloween is my favorite time of year, not only do I get to celebrate my favorite holiday, I get to play at Capclave, the Washington DC area’s literary science fiction, fantasy and horror convention focusing on the short fiction form, held at the Hilton Washington DC/Rockville MD Executive Meeting Center, October 22-24. This year’s guests of honor are Connie Willis (writing), and Ann and Jeff VanderMeer (editing).

My schedule comprises two panels, a workshop and the ever popular Broad Universe Rapid Fire Reading, where I just might read from “Siren Bridge”. It’s strudel weather, after all.

Friday, 8 p.m.
Writers and the Internet: When is Enough Enough? (Ends at: 9:00 pm)
Location: Plaza II
Panelists: Oz Drummond, Walter H. Hunt, Tee Morris, Karen Wester Newton, Jeff VanderMeer, Jean Marie Ward
How much of the Internet is needed for an author to successfully promote themselves and their works? And how much is too much?

Saturday, 2 p.m.
Reviewer's Workshop (Ends at: 4:00 pm)
Location: Randolph
Panelists: Doug Fratz, Peter Heck (M), Jean Marie Ward
A good reviewer does more then read free books and say "I like that". The panelists will demonstrate the hallmarks of a good review and how to create one. Did we mention Peter Heck is a regular reviewer for Asimov's Science Fiction?

***
Note: The Fannish Dodo illustrating this post is the Capclave mascot, created by Lynn Perkins in 2005.
Posted by Jean Marie Ward at 1:15 AM No comments: Links to this post

"The Vampires Of" return with Tanya Huff

Tanya Huff, author of two vampire series (including the Vicki Nelson novels, which inspired a first-rate Lifetime Channel TV series) and many other wonderful SF and fantasy books, is the featured author in this week's "The Vampires Of" interview at Buzzy Multimedia. Check it out. This is definitely one of my favorites of the series. Tanya's a delight to talk to.
Posted by Jean Marie Ward at 7:34 PM No comments: Links to this post

Disguised as a young man and fleeing from an arranged marriage to her brother’s murderer, Chinese noblewoman Ai Li takes pity on a starving barbarian (i.e., European) mercenary at a roadside tavern and offers him her rice bowl. Under no illusions as to her gender, Ryam is overwhelmed by her beauty and her kindness to a bai gui, (“white devil”). When he discovers the rice is drugged, he rushes to warn her. He finds her beset by bandits. Ai Li is a skilled practitioner of the double sword technique known as “butterfly swords”, but alone she’s no match for a dozen armed men. Despite the effects of the drugged rice, Ryam’s brute strength is enough to tip the scales in her favor, and they escape together.

Impressed, Ai Li enlists his aid. She’s determined to tell her family about her betrothed’s treachery, and she needs an ally she can trust if she’s going to make it alive to their home in Chang-An, the capital of Tang Empire. But there’s more to the matter than Ai Li admits—deep secrets, hidden agendas, and a growing attraction that could get them both killed.

I really wanted to love this book. I long to read romances set someplace other than North America and the British Isles. A romance set in Tang China—a time of unparalleled artistic achievement and innovation, peopled with outrageous characters like Wu Zetian, the only Chinese empress to reign in her own right—how could it fail? Butterfly Swords gives you a taste of the culture and opulence of the period. But every time the setting threatens to sweep you away, the romance yanks you up short.

Yes, I know Butterfly Swords is a romance. Even if it hadn’t said so on the cover, I could tell from the way the hero is far more interested in the heroine’s feminine charms than her rice bowl after he hadn’t eaten in days. If that failed to clue me in, I’d know from the way Ai Li revels in his “masculine scent” (translation: several weeks’ worth of unwashed sweat), from the big sex scene which occurs exactly two-thirds of the way through the book, and the subsequent eighty pages of dithering up to the “dark moment”. Then there’s the heroine’s miraculous ability to perform her sword forms less than a week after breaking her ankle and walking on it for miles, and the hero’s equally miraculous ability to fight drugged and perform drunk. For all its luscious Silk Road window dressing, Butterfly Swords reads exactly like every “Reluctant Bride” medieval romance of the past twenty years.

I also realize romance, like all genre fiction, must follow certain rules above and beyond the HEA—a basic structure and sense of pacing that defines it, comparable to the armature of a statue or the wooden frame on which a painter stretched his or her canvas. But just because I know the structure is there, doesn’t mean I want to see it, anymore than I want to taste the flour and baking soda in a chocolate cake. It’s a mark of a novice.

In Ms. Lin’s defense, she is a novice. Butterfly Swords, a 2009 Golden Heart Award-winning manuscript, is her first published book. This argues the clichés I find so irritating may be the very qualities its editor and other reviewers found attractive—a counterbalance to its “risky” setting. With that in mind, I hope Butterfly Swords succeeds in spite of my misgivings. It may be the only way to convince major publishers to take a chance on unusual settings and multi-cultural characters…and to give Ms. Lin the chance to grow as a storyteller. Critical grousing aside, anyone with guts enough to defy romance conventions and let all the men see through her heroine’s disguise has my vote. The writing, too, shows a lot of promise, and after all, even Nora Roberts wasn’t built in a day.

Verdict: One thumb up, with hope for future books.
Posted by Jean Marie Ward at 1:51 PM No comments: Links to this post 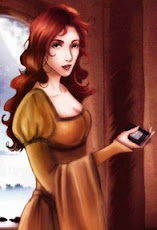